Beer for Beginners: 5 Types of Beer & How to Choose the Maine Brew For You 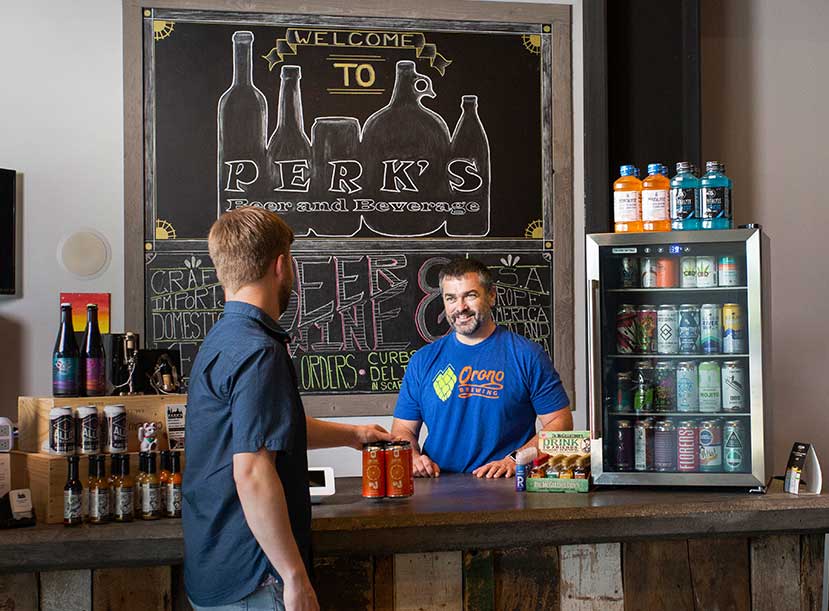 You’ve always been interested in trying a new style of beer, but you don't know where to start. Maybe you’ve tried an IPA here or a Stout there, but don’t know what you like well enough to sample some other styles.

Don't worry - we’ve got your back! Below we’ll cover some of the basics about five different types of beers and give you tips on how to find out which one is right for you.

We'll also share our favorite local Maine brews based on your preferences. So grab a pint and get ready to learn all about beer!

If you like an American style, hop-forward beer, IPA (India Pale Ale) might be the perfect choice for you. This slightly bitter beer goes down smoothly and pairs well with seafood and many other light dishes.

New England IPAs aren't your standard IPA. Like their American elder, they’re also very hop-focused, both in aroma and flavor. But they're also known for being hazy, fruity, citrus-tasting, and even floral. Depending on the variety and brewery, you’ll find New England IPAs in a variety of orange-amber colors.

Double IPAs are simply a higher alcohol content than standard IPAs, starting in the 7%+ ABV (alcohol by volume) range.

View All IPA's at Perk's

In general, Pale Ales balance malt (think caramel and coffee) with hops (think citrus, earthiness, and herbal), making them a well balanced beer for those who like the best of both worlds.

View All Pale Ale's at Perk's

Lagers are well-known around the world; in fact, they’re the most common type of beer! (Budweiser, Coors Light, Corona and Michelob Ultra are all lagers.) This type of beer is perfect for beginners as it’s known for its light, crisp taste and smooth flavor.

Pilsners, a type of Lager, are slightly more spicy than a traditional Lager and are typically higher in hops flavor.

Both Lagers and Pilsners are perfect for a hot Maine summer day and pair perfectly with quintessential New England dishes.

View All Lagers or Pilsners at Perk's

If you already like Guinness, you’ll love a good New England Stout. These dark, rich beers often have flavors of coffee or dark chocolate.

Slightly bitter from hops with higher malt flavors, Stouts can be more milky or coffee-like, depending on how they are brewed. With rich and creamy notes, Stouts are often paired with rich, flavorful meals.

View All Stouts at Perk's

Just as it sounds, sour beer has a distinctively tart and acidic taste. Often flavored with fruit - like berries and citrus - Sours have a unique balance of sweet and sour flavors. Plus, they’re brewed with bacteria, so Sour beer even has some probiotic benefits!

Pair your Sour beer with seafood, a variety of cheeses, or salty meats. With its unique profile, Sour beer is enjoyed by many beer enthusiasts; but like every beer, it really depends on personal preference whether you enjoy it!

View All Sours at Perk's

With so many types of beer available today, there has never been a better time to explore this delicious beverage. Give our favorite Maine brews a try or experiment on your own!

Interested in learning more about beer from the experts? If you’re in Southern Maine, stop in and visit us at Perk’s or order online to have your beer delivered in Scarborough or Old Orchard Beach!